It may seem like a contradiction, but there’s nothing “passive” about learning the passive voice.

Students need to be as “active” as ever and fully engaged in their learning. But it is the teacher who must engage them. How do you get students actively engaged in learning something as tedious as the passive voice? With action, of course! By showing them that there is plenty of action involved – action, typically meaning to achieve an aim – but that the focus is not on the actor, the one who is carrying out the action, but rather whoever or whatever is acted upon.

These steps are one of the best ways to teach the passive voice:

To recap the passive voice

Two activities to practice in class

Divide the class into two groups. Students from each group take turns to give a sentence describing an activity. A student from one group creates a sentence in the active voice about the activity, then a student in the second group says the sentence in the passive voice. Continue, giving other members of the group turns alternating from each voice. Assign different activities to each group. Some examples you can use:

Going to the movies.

The same game can be played using other tenses.

For all practical purposes, this article focuses on the past simple in passive voice.

Introduce the passive voice in other tenses; actions work very well with the present perfect, too (“Some books have just been put away”) – and don’t forget modals! For extended practice, be sure to go to our Passive Voice Section, where you’ll find a variety of worksheets to suit your teaching needs.

P.S. If you enjoyed this article, please help spread it by clicking one of those sharing buttons below. And if you are interested in more, you should follow our Facebook page where we share more about creative, non-boring ways to teach English. 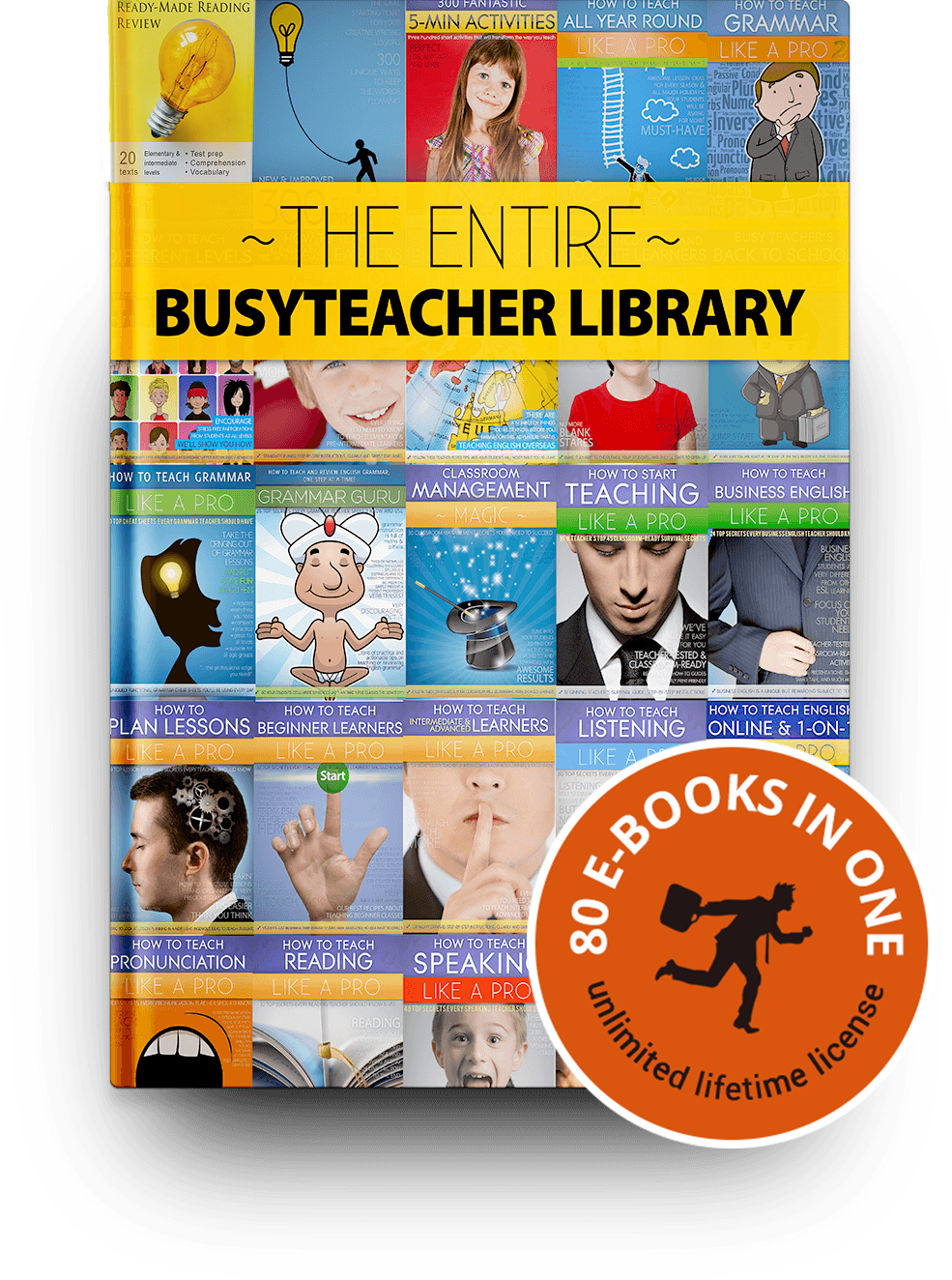 Get the Entire BusyTeacher Library:

Dramatically Improve the Way You Teach

Save hours of lesson preparation time with the Entire BusyTeacher Library. Includes the best of BusyTeacher: all 80 of our PDF e-books. That’s 4,036 pages filled with thousands of practical activities and tips that you can start using today. 30-day money back guarantee.