YouTube is a firehose of garbage: gossip, fake news, and conspiracy theories. It’s also the greatest science book humanity has ever written.

Armed with YouTube, you can begin for your students a science education that, before ten years ago, the wealthiest people in the world couldn’t have accessed — one that’s trustworthy, emotionally compelling, and entirely free.

And to unlock YouTube’s potential, all you need to do is start hitting “like” on the right videos.

I teach online science classes to kids around the world. After each lesson, I share videos with kids who want to dive deeper. At this point, I’ve waded through hundreds of hours of the very best (and worst!) of what YouTube has to offer — and I’d like to share the best ones with you.

If you’re a teacher, you know that the educational world is full of people saying, “facts, schmachts — who cares about facts? What students need are general concepts.” Perhaps you’re one of these people — I was! “Teach them the big things,” these people will say. “Light waves! Sound waves! Structure, function, and information processing! The patterns and cycles of space systems!” (I’m pulling these topics, by the way, from the Next Generation Science Standards set out for first graders.)

When I look back at myself, I think I was partly right… and profoundly wrong. My problem? I was mistaking an AI for a calculator.

A calculator only “knows” how to do a few things (add, subtract, and so on), but boy, is it powerful — because it can do those few things to zillions of numbers. If our minds were like calculators, we could apply simple rules to any input. Mastering science would only require learning a few general concepts — and once we did, we could crack open zillions of interesting phenomena. 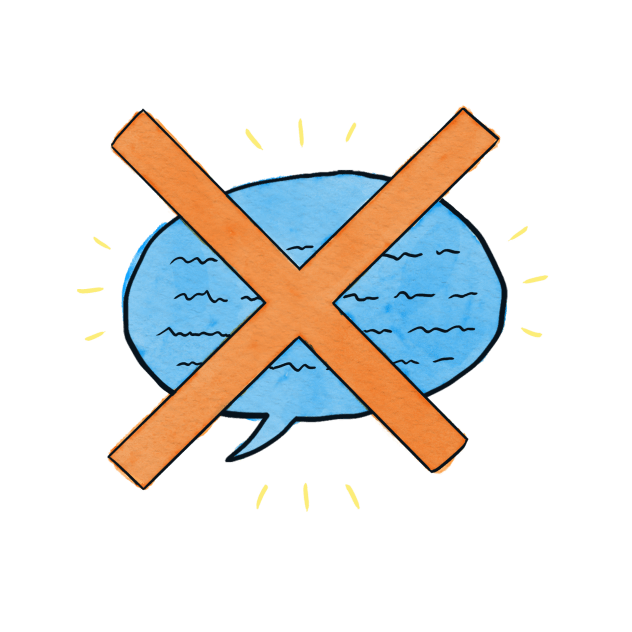 Science really is this way — a couple dozen concepts really can help explain a lot of the world. Alas: our minds are nothing like calculators. What are they like, then? Well, they’re eerily similar to the artificial intelligence (AI) systems coming out of Silicon Valley. These work on a very different principle: feed them lots of examples, and they figure out on their own how to do new stuff. (Maybe you’ve seen them writing stories, and drawing pictures? Like I said, it’s sorta creepy.) How many examples do they need? The new crop of AIs need not just gigabytes or terabytes but petabytes. (One petabyte is about a million gigabytes.) And where do they get these examples from? The world — real stuff that real humans have written or drawn.

AI has taught us that there’s no shortcut to intelligence: you have to eat the world to be brilliant. Human minds really seem like this: with heaps of data, our heads naturally produce new thoughts.

Want to cultivate genius in your students? Help them bring a zillion pieces of the world into their minds; help them drink from a firehose of information. 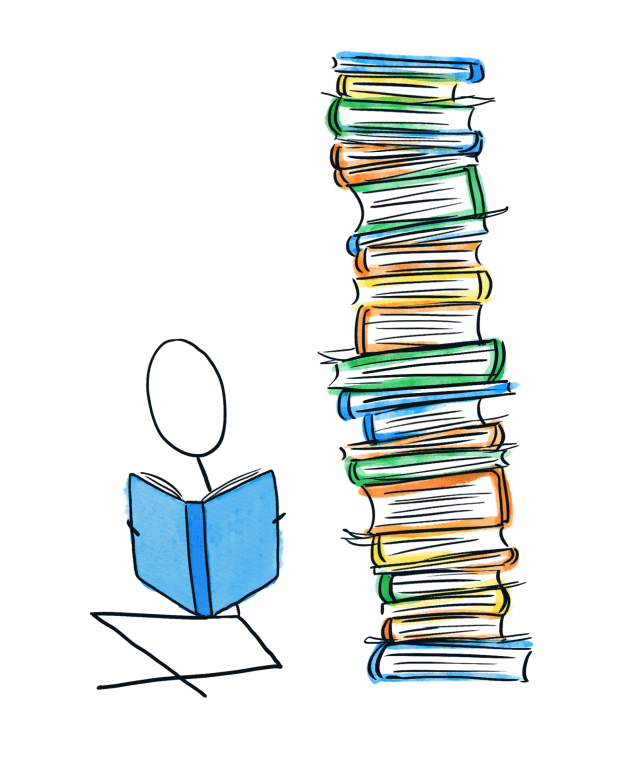 But what about books?

I love books. And when it comes to science books for kids, I’m an avid collector. (I even keep a list of the very best of the best — science books filled with passion that kids can catch.)

But there’s a crucial limit to books that I think it’d help us to admit: it takes skill for a reader to catch the passion. As Kieran Egan says, the reader needs to work to restore a book’s information to the living knowledge that it began as in the author’s mind.

The truth is we’re not Vulcans; our minds aren’t built to soak up raw information. We’re apes, and weird ones at that: our minds have been shaped by the quirks of evolution to eat information… only when it’s put into particular patterns. 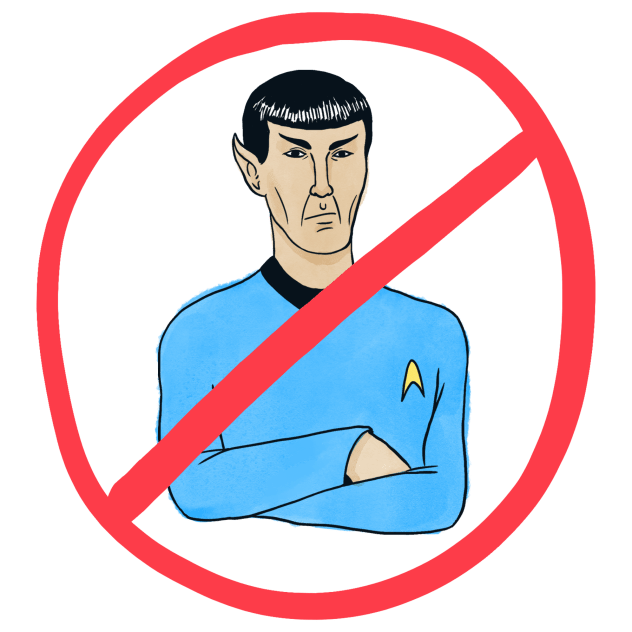 And which patterns would those be? Stories, first and foremost, but also metaphors. And binary opposites (hate vs. love, cowardice vs. courage, oppression vs. liberation…). And rhythm & rhyme. And jokes. And imagery. And puzzles and riddles and mystery… (There are more! So wonderfully many more! The Imaginative Education community has made naming and explaining these its goal. You can learn a heckuva lot how to weave these patterns — we usually call them “tools” — into everything you teach; a good place to start is Kieran Egan’s (2005) An Imaginative Approach to Teaching. 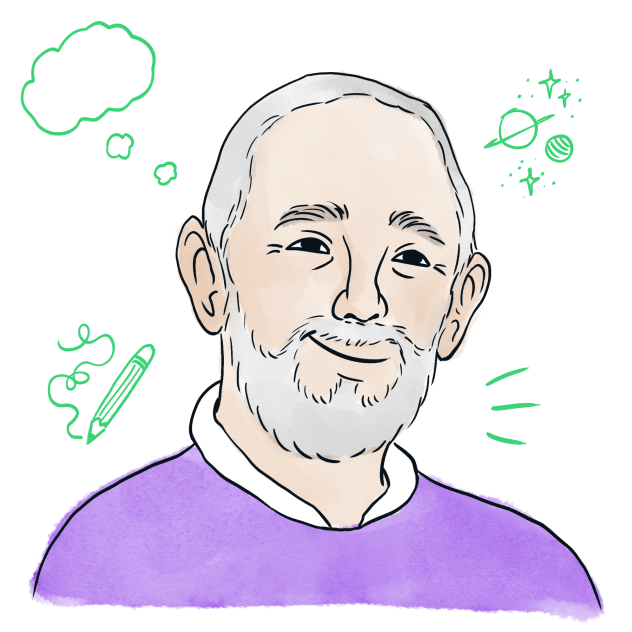 But, you ask, can’t books use some of these tools? The great ones already do — but they still can take work to unpack. (A lot is lost when a human voice is stamped into text.) In some ways, video really can be more powerful than books. And the very greatest YouTube science channels are a collection of these tools being wielded expertly. Not only are they powerful evidence that Imaginative Education is really onto something — they’re also a wonderful way to help everyone experience the love of science.

What do I need to do?

All of the YouTube channels below are ones that I’ve found basically factually trustworthy. They’re also all family-friendly. And most important of all, they’re all imaginatively vibrant — able to snag students’ attention and emotions. Each student, of course, will have their own likes and dislikes… but some of these channels can prove addictive.

One video to start with: “Backyard Squirrel Maze 1.0”

What makes this channel so great? Imaginative Education (let’s just call it “IE”, shall we?) urges us to find the heroic qualities of what we’re teaching. Personally, I’ve found this difficult to do with engineering, because I’m a terrible engineer! (Some people have the bug; I do not.) Mark Rober — a former NASA engineer who helped send the Curiosity rover to Mars — proudly shows the heroism (and sometimes the villainy!) of makers and making.

One video to start with: “Infrared flock sheet: The darkest material in the world”

What makes this channel so great? Play — poking, prodding, and mucking around with things — is, of course, a powerful way to learn at any age. James Orgill may have a PhD in chemical engineering, but when it comes to playing, he has the skills of a six-year old: which is to say, he’s a master!

One video to start with: “The Elephant’s Foot — Corpse of Chernobyl”

What makes this channel so great? IE points out that, as people get deeper into a topic, their ways of thinking change. (If you want to seem cool around IE teachers, call these “cognitive toolkits”.) Eventually, people want to figure out general laws. They want to investigate anomalies. They want to consider all sides of an issue, and make up their own danged minds. Kyle Hill makes great videos on a lot of topics, but his series on the risks and rewards of nuclear power embodies the best of this last stage — the “search for authority and truth”. 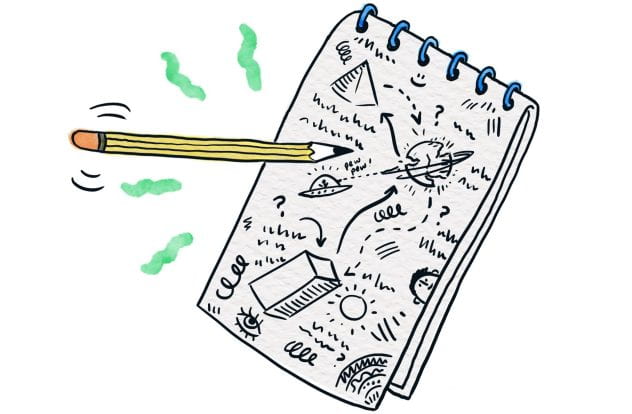 One video to start with: “Turning cotton balls into cotton candy”

What makes this channel so great? Everything wonderful that I said above about Mark Rober also applies to Nigel Braun… except the projects that Braun takes on seem straight-up impossible. Turning paper into plastic? Turning plastic gloves into grape soda? This seems like alchemy. Even to look at the titles of his videos is to peek beyond normal reality, into the world of molecules.

One video to start with: “The bird tier list”

What makes this channel so great? Every. Video. Is just. A metaphor. IE points out that when we learn something new, metaphors do a lot of heavy lifting, but I fear it’s impossible to convey how powerfully this channel uses metaphors. Its conceit is that nature is a video game; animals are “players” with “stats” (think intelligence, strength, camouflage…) which develop “moves” (think flying, roaring, spitting venom…) to help them look for “XP” (food). Does this sound irritating to you too? It did to me… and yet my kids and I keep getting sucked into watching video after video, clearly laying out a modern understanding of ecosystem biology and evolutionary game theory.

One video to start with: “When humans were prey”

What makes this channel so great? Story is king — IE points out that the story format brings together so many of the other patterns that it might be considered the one tool to rule them all! Eons makes great use of this to connect the dots in paleontology, a discipline that is too often taught as a random heap of facts (even if they’re cool facts). It uses stories to show how our world came to be (why do we have teeth? ten fingers? dogs?), and how scientists figured out all this stuff in the first place.

Channel: Journey to the Microcosmos

One video to start with: “Tardigrades: chubby, misunderstood, & not immortal”

What makes this channel so great? A picture’s worth a thousand words — everyone knows that, but as Kieran Egan points out, we can do better than mere “pictures”; best of all are images that pull at our feelings. Journey to the Microcosmos is, at its heart, nothing more than videos of the microscopic world set to calm music, narrated (in an unusually calm voice) by the popular YouTuber Hank Green. Each video sends shivers up my spine.

LIFE, THE UNIVERSE, AND EVERYTHING (channels that span multiple domains of science)

One video to start with: “Why you can’t smell yourself (and other ways your senses lie to you)”

What makes this channel so great? A puzzle is a simple-looking question that has a complex answer — and is a great way to pull someone into intricacies of science that, minutes earlier, they never thought they’d care about. More than any other YouTuber, host Joe Hanson leads viewers into all sorts of puzzles — does my dog know what I’m thinking? Are humans still evolving? What is fire? 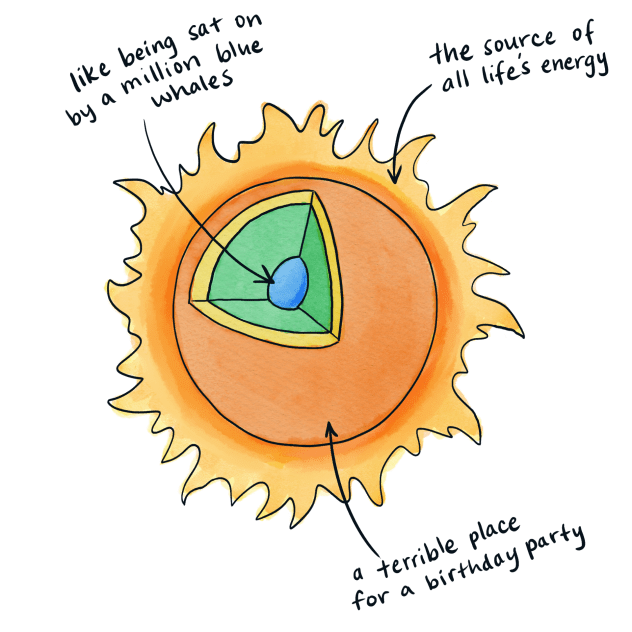 One video to start with: “Why avocados shouldn’t exist”

What makes this channel so great? I find that IE is at its best when it points out the utterly obvious things… that most approaches to education miss. “Humor: it’s useful!” is definitely one of these. Even though SciShow is more on the “didactic” side of the spectrum, it’s consistently funny — which makes each of its three thousand videos a breeze to watch, and soak up.

One video to start with: “What happens if the Moon crashes into the Earth?”

What makes this channel so great? At the core of every great film, novel, and breakfast cereal TV advertisement is the simplest of all IE tools: binary opposites. Pick a value (say, justice) and then find its opposite (oppression?). Then plot your content along that spectrum, moving back and forth. Kurzgesagt (German for, roughly, “in a nutshell”) is probably my very favorite YouTube channel, and it does this again and again with one binary opposite in particular: salvation vs. destruction. Whether it’s their careful exploration of the debate around genetically modified food, their exploration of brain-eating amoebas, or really anything with black holes (so many videos on black holes!), they make you feel the dangers of the Universe… and ways we can help make it better.

Brandon Hendrickson runs Science is WEIRD (scienceisWEIRD.com), where he pokes kids’ brains with really hard riddles. He lives in Rochester, Minnesota with his wife, kids, and coffee.

Interested in reading more from this author? Other posts on imaginED byBrandon Hendrickson:

Thu Oct 20 , 2022
Somehow, someway, we are already on episode 9 of year 2 of the Progressively Incorrect podcast! These days I have the complete satisfaction of speaking with the outstanding Nate Joseph, the creator of the Scientific Principles of Instructing (check out this site for all his books) Nate is a admirer […]